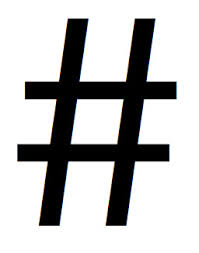 How To “Pound Home” Your Digital

If you still primarily think of “#” as the “pound sign” rather than a hashtag symbol, you’re

According to a recent post on the On The Maps Digital Marketing Blog, the hashtag is now one of the most impactful tools in a marketer’s arsenal, and those who fail to use it are missing out. Big time.

Fast-forward to 2014 and hashtags have become the new URL, say a growing number of digital marketers. While this idea may sound a bit over the top at first, take a look at your social media streams of both friends and businesses and what you will find is that the majority include clever hashtags.

The use of hashtags in personal communications increases much when you look at millennials. In fact, they have become so popular that you can type in or click on a hashtag in countless social media posts and be redirected to a range of internal pages featuring posts and discussions by others using that same hashtag.

Hashtags have even made their way into our vocabulary as a pop-culture trend, which you likely love or hate. The increasing use of “hashtag speak” prompted the hilarious sketch with Justin Timberlake and Jimmy Fallon which has more than 22 million YouTube views and counting.

One of the many things that hashtags have going for them that URLs don’t is that they are catchy, easy to remember, always current, and you can use more than one at the same time. Not just that, each post can have different hashtags.

While hashtags cannot replace URLs altogether, they are the new URL in that they can drive targeted traffic in a way that URLs are not able to. Even if a URL is carefully crafted to join a popular keyword, keyword popularity comes and goes. Hashtags can continually be changed as different keywords and phrases become more relevant and trendy.

For Millennials, hashtags play such a significant role in communication and social media that close to 70% of 18-34 year olds are more likely to make a purchase of a product that has been “hashtagged” by a friend.