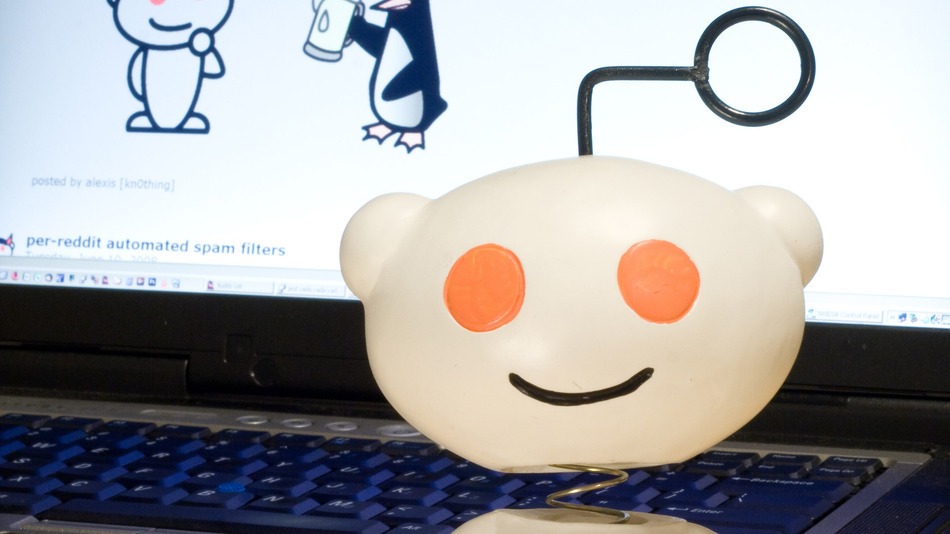 But spend some quality time with “The Front Page of the Internet,” and you’ll find it’s an essential resource, a self-correcting marketplace of ideas that’s nearly impervious to marketers.

Simply put, Reddit is a message board wherein users submit links. What differentiates it from a real-time information network like Twitter is that the stream of content is curated by the community. Items of value are “upvoted,” and those deemed unworthy are “downvoted.” This determines a post’s position on the site, and items that hit the front page are seen by hundreds of thousands of people (consequently, sending boatloads of traffic to the linked website).

This type of voting system was popularized by Digg, which launched in late 2004. Reddit came soon after in 2005, and the two were competitive. But what really distinguishes Reddit to this day is the community. The type of content that’s valued, the discussion around it, and the diligence with which users vet and expand on important topics is unmatched. As such, the front page is usually populated with things that will make you think, laugh out loud, and motivate you to dig a little deeper.

If you’re ready to tap in but not sure where to start, check out our overview below.

If Facebook is your hometown, think of Reddit as a foreign country. You don’t speak the language, the customs are odd, and you often won’t know what’s going on.

That’s OK. Just spend some time there. Check out the site at least once a day — more, if you really want to see how content moves around. Don’t just visit the outbound links, but dig into the comment threads to see what people are talking about.

Reddit is extremely self-referential. If you see something posted that doesn’t make sense, it’s likely referencing an aspect of Reddit culture (a previous post, a meme — something popular from the site). Often, you’ll be able to pin down the reference point in the comments. Other users who want clarification will upvote commenters who explain things, thus bringing the value to the top of the thread.

Comments are key. They are arguably the most important (and often, most entertaining) part of the site. Just because something has been upvoted to the front page does not necessarily mean it’s legitimate. If it’s been there long enough, there’s a good chance the top comment will be a user citing contradictory sources or questioning the merit of the article in question.

Thus, the community can self-regulate in ways that Facebook and Twitter cannot. In theory, the most valuable discussion always bubbles to the top (more on this below).

You won’t figure it out on day one. But if you check back often, you’ll start to absorb the culture. You’ll begin to see what has value and what is suspicious. And as you drill down into verticals that interest you (subreddits), you’ll find passionate communities engaged in discussion you won’t find elsewhere.

The Front Page and Subreddits

The Reddit homepage consists of content submitted to the site’s most popular channels, or “subreddits” — Pics, Technology, WorldNews, Music, Gaming, etc. New users (and visitors who are not logged in) are automatically subscribed to these top channels.

As you discover more niche communities, you can subscribe to those subreddits, which will push popular posts from those channels to your homepage. You can always browse those individual subreddits directly, of course.

If a subreddit gains enough subscribers, it can become part of the default homepage, thus driving additional traffic and subscribers. Communities like r/atheism andr/minecraft have come into their own over the past year, and now appear regularly on the front page.

If you don’t want to see content from a particular subreddit on your homepage, simply unsubscribe from it by clicking the red button at the top-right of that community. Use subscriptions to create a highly customized front page for your account.

Multireddits are customizable groupings of subreddits through which users can navigate the communities of their choosing without being weighed down by the overbearing front page. They appear as an expandable sidebar and are easily created by clicking the “create” button and entering subreddits of your choosing. You can also view other users public multireddits and, if you like them, can create a copy of their curation for your own sidebar.

When you’re logged in to Reddit, you’ll be able to upvote and downvote items to help determine their rank. You get one vote per item, but you can change it after it’s logged.

The number appearing between the up and down arrows is the submission’s score: the number of upvotes minus the number of downvotes. According to Reddit’s FAQ, these numbers are “fuzzed” to prevent spam and abuse.

You may also notice that posts with the highest score do not always rank at the top. This is due to Reddit’s time decay algorithm. Posts on the front page are obviously more visible, and therefore have a higher chance of being upvoted. But the site wouldn’t be valuable if the same content remained on the front page all day.

“The decay means that a 12-hour-old post must have 10 times as many points as a brand new post to appear at similar ranks,” explains Martin. “This also means any given story has a roughly a 24 hour max lifespan on any user’s front page.” This allows newer content to surface at the top of the heap.

If you really want to get into the weeds on how Reddit’s “hot algortithm” works, Martin recommends this blog post by programmer Amir Salihefendic.

Seeing what the “hive mind” has already deemed worthy of the front page is fun, but every submission has to start somewhere.

If you want to see fresh submissions, click the “new” tab at the top of the front page or choose a subreddit. There, you’ll see things that have been submitted moments ago, and you can play a role in building their momentum, or downvoting them into oblivion. Be warned: Most of the content you’ll find here is probably uninspired, but you never know what gems you might discover.

Find out which content is picking up steam by click the “rising” link. This will show you posts within the “new” tab that are gaining traction, but aren’t quite front page material yet.

You can also select the “controversial” tab to see which posts are battlegrounds for upvotes vs. downvotes.

Reddit Karma is an accumulation of “goodwill” you receive when users upvote your posts or comments. It doesn’t give you any overt influence and it cannot be cashed in for fabulous prizes, but a healthy amount of Karma on your profile alerts others that you add value to the community.

There are two types of Karma: one for links and one for comments. Both are displayed on your user profile in the upper right-hand corner and are to be worn as badges of honor.

Shorthand and acronyms are persistent on Reddit. You’ll become familiar with them as you spend time on the site.

Here’s a crash course to get you started:

Submitting a link to Reddit couldn’t be simpler. Title your post, paste the URL and choose the subreddit you want it to appear in. The most-subscribed subreddits will appear as suggestions, but you can type in any existing category.

Click submit and watch your post fly to the front page. Or not. More than 70,000 links are shared to Reddit each day, according to Martin. So the likelihood of yours picking up steam is slim. But there are a few things you can do to get it seen in a sea of content.

The links you submit only warrant a title, but text posts (non-link submissions, also known as “Self Posts”) and comments can be formatted to include their own links and emphasis. Formatting is done with Markdown syntax, which is different from HTML. Below is a cheat sheet from the Reddit help section:

Disingenuous posts or comments don’t last long on Reddit. The community is extremely skeptical of marketers and diligent about policing spam. Any such activity is quickly downvoted out of sight. Whereas brands are encouraged to connect with users on Facebook and Twitter, the Reddit community is generally uninterested in marketers intruding on the conversation.

Degree antiperspirant tapped into a popular meme about survival show star Bear Grylls. The celebrity did an AMA where he responded to questions about wilderness survival, via YouTube videos hosted on a sponsored site called The Adrenalist. We’ve also seen popular comedians like Louis C.K. and Aziz Ansari do AMAs to promote their comedy specials.

However, we’ve also seen this type of Reddit marketing backfire. When actor Woody Harrelsondid an AMA to promote his forthcoming movie, he ignored some of users’ more pointed questions and instead hawked the film. Reddit quickly turned on him, and it became a PR debacle.

Taking Reddit on the go is a great way to keep up with the Internet zeitgeist. Reddit.com is a lightweight site, and will render easily on most smartphones. But if you’re looking for a more sophisticated mobile experience, there are some great apps available.

Hopefully you’ve got what you need to navigate Reddit’s front page and beyond. Give it a shot, and let us know in the comments if we’ve left out any critical factors.